The picture below shows the B6308 from the Hat and Feather into Medomsley in 2009. 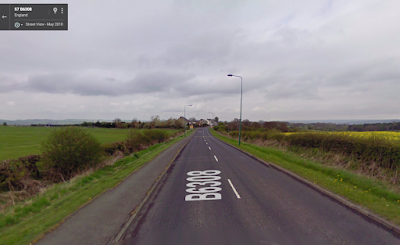 This is the same road last Summer (2016). Can you spot the difference? 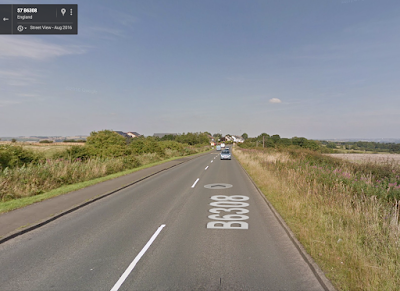 Removal of streetlighting is a decision that is never taken lightly. With Durham County Council facing budget cuts of £36 million this year in addition to the £186 million taken out of the council budget by the Conservatve government since 2010. Each proposal to remove lights is discussed a full council meeting with council officers present the case based on cost and saftey. Local representatives will have had the oppurtunitiy to object the removal of lighting.

A number of sets of lights have been removed in Leadgate and Medomsley. In addition to the road above, lights have also been stakes out on Shaw lane between High Westwood and Ebchester and in the dip between Bradley Cottages and  Pont head in Leadgate.

People often walk the route shown above, I hope that safety concerns were fully discussed before this decision was made to remove the lights. It's much harder to get lights reinstated than to prevent their removal in the first place.